The Universities Federation for Animal Welfare (UFAW) is pleased to announce the appointment of Dr Birte L Nielsen as Assistant Scientific Director of both UFAW and its sister charity, the Humane Slaughter Association (HSA).  Birte will join the charities in September. 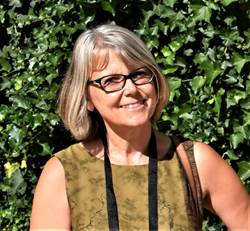 Birte brings a wealth of experience and in-depth knowledge to the role, having spent nearly 30 years carrying out research in basic and applied ethology, the latter in relation to animal welfare, mainly in farm species.  She has worked with, and has published papers on, rats, growing pigs, dairy cows, broiler chickens and broiler breeders, as well as horses, sows, laying hens and even ostriches.

She spent the first 8 years of her career in Edinburgh, Scotland, completing a PhD on pig feeding behaviour and working as a post doc on metabolic stress in dairy cows.  She then moved to Aarhus University, Denmark where she was in charge of the research unit for Behaviour and Stress Biology. This gave her a broad footing in basic and applied ethology, and allowed her to partake in various expert panels and working groups, such as chairing the Danish Animal Welfare Council (2005-2010), and as a member (2012-2018) of the Animal Welfare working group at Anses, which is the French Agency for Food, Environmental and Occupational Health and Safety.  She is a former President of the International Society for Applied Ethology (ISAE).

Since 2010, she has been based in Paris, France, working on the links between olfaction, behaviour, and neuroscience.  More recently, she has been concentrating on the study and modelling of feeding behaviour, this time with special emphasis on ruminants and in the context of Precision Livestock Farming.

UFAW’s Chief Executive and Scientific Director Dr Huw Golledge said: “We are delighted that Birte will be joining the charities. As we grow our influence and focus on rigorous evidence-based approaches to animal welfare Birte will bring significant additional expertise to our science teams.”

The Universities Federation for Animal Welfare (UFAW) is an internationally recognised, independent scientific and educational animal welfare charity. It works to improve knowledge and understanding of animals’ needs in order to achieve high standards of welfare for farm, companion, research, captive wild animals and those with which we interact in the wild.

UFAW improves animal welfare worldwide through its programme of awards, grants and scholarships; by educational initiatives, especially at university and college level; by providing information in books, videos, reports and in its scientific journal Animal Welfare; by providing expert advice to governments and others, including for legislation and ‘best practice’ guidelines and codes; and by working with animal keepers, scientists, vets, lawyers and all those who care about animals.

This work relies on the support of members, subscribers and donors.

The Humane Slaughter Association (HSA) is an independent charity recognised internationally for promoting scientific, technical and educational advances towards improving the welfare of food animals worldwide at slaughter, killing, marketing and transport.

The HSA is funded by voluntary donations, subscriptions and legacies.

Back to Listing
Previous
Next